This isn’t your typical Military Science Fiction novel, and yet it hits on all your favorite aspects of the genre. Big space battles, high-tech starships, and galaxy level battle fields are the backdrop for an amazing story of human struggle. Daniel Gibbs does a great job of present the often ignored moral struggles humans would go through when fighting wars in space. David Cohen, the main character, struggles with the guilt of ordering people to either die in battle or to die at his command.

If Tom Clancy wrote military science fiction, this is what it would read like. The operation of the starships reads like you are on the bridge of a modern battleship during battle. Very detailed, realistic, and puts you in the action’s middle. Unlike most MSF these battles unfold slowly and with a purpose. I kept turning the pages to see what happened next.

Other books in the series are available at Amazon 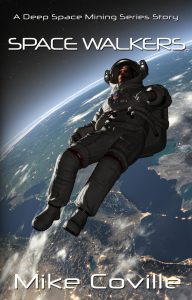 Get this ebook free when you sign up for the Insider Updates.